We are so happy to reveal Rob’s solo exhibition ‘But If I Tell You It Won’t Come True‘ at The Artworkers’ Guild which is now open.

The Artworkers’ Guild is a society of artists, craftsmen and designers which was founded by William Morris and is housed in a beautiful Georgian Building in Bloomsbury.

Rob, a member of the Guild, has created a new body of work for the exhibition which consists of multi-layered collaged papercuts, and highly coloured limited edition silkscreen prints.

Work for the show began early this year when Rob began by drawing ideas and making notes in his sketchbook. After viewing the space he decided how many framed works he’d like to hang in the space and their approximate sizes and this guided him in making the works for the show. These ideas were then worked up into drawings to be translated into the artworks. An idea can be drawn or made up several times before Rob is happy with it as a final artwork for exhibiting. 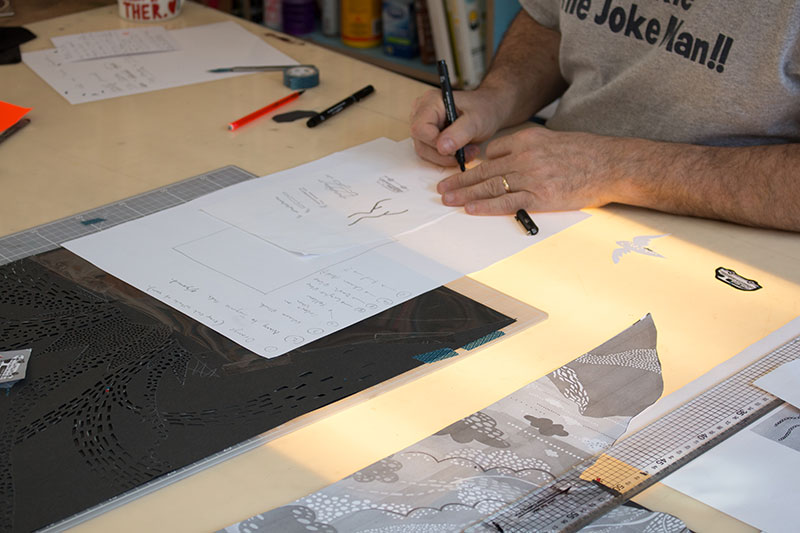 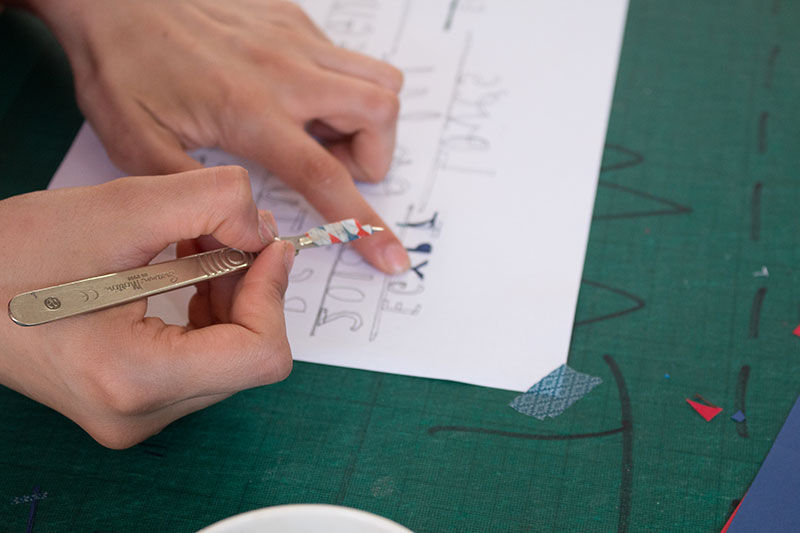 A departure from Rob’s previous papercuts which were cut from a single sheet, these new paper works are cut out of multiple sheets of coloured paper and collaged to create multi-layered papercuts, some of which we’re pleased to show below. 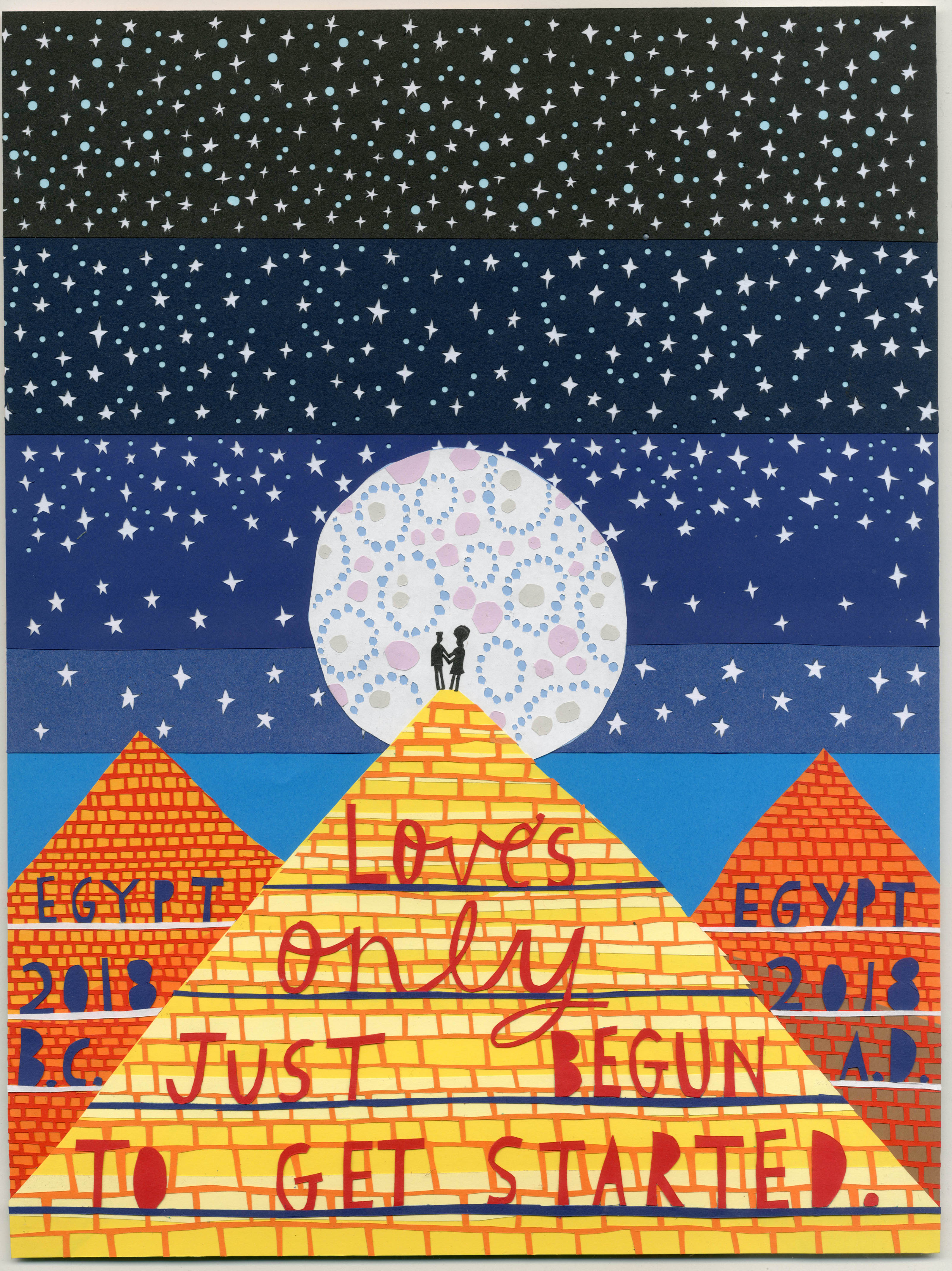 ‘Love’s Only Just Begun To Get Started’ Papercut, 2018 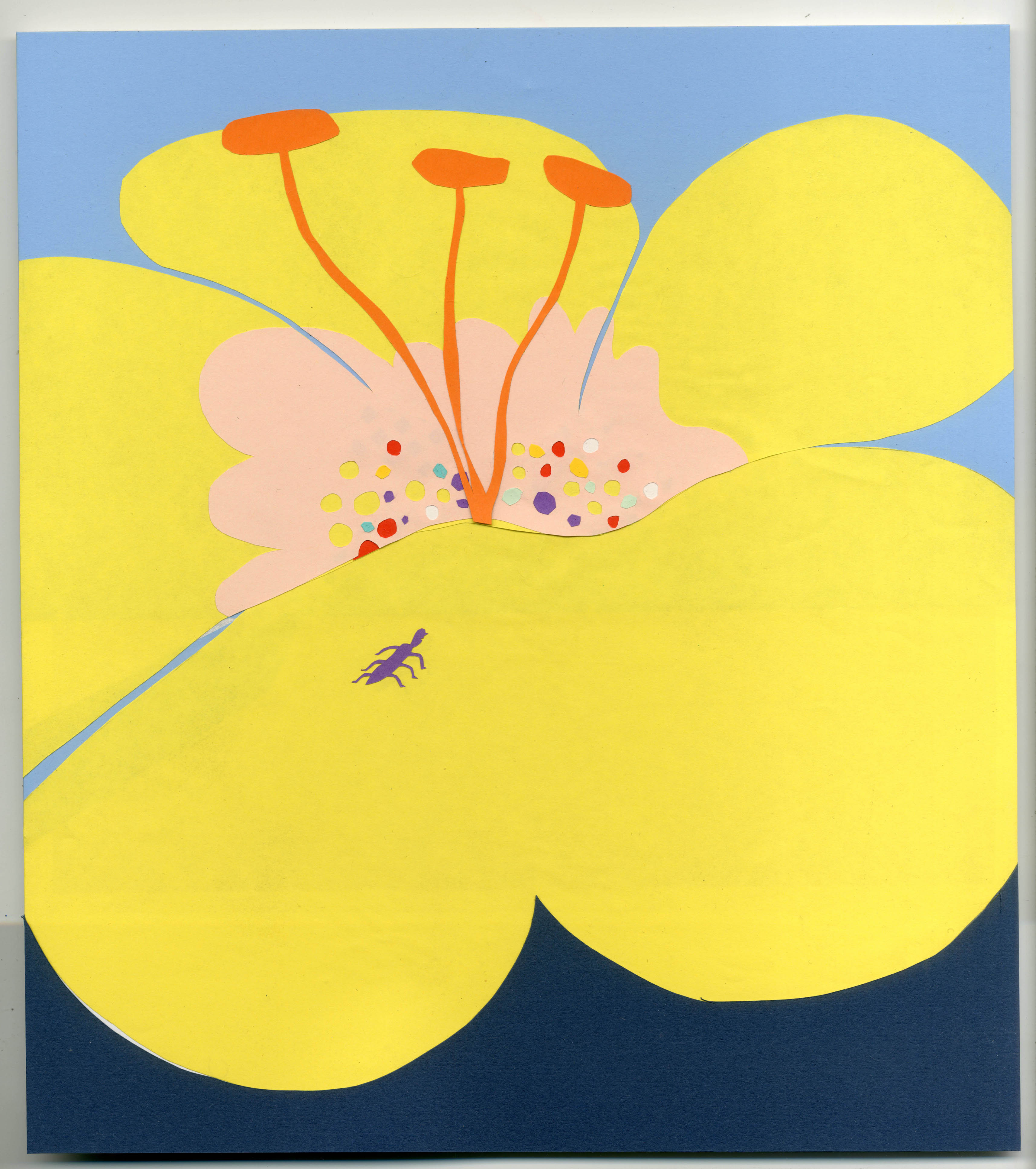 ‘The First Ever Painting’ Papercut, 2018

The screenprints for the show were printed in several layers which has given really colourful results and some also feature hand painted elements. Here are some behind the scenes photos of a couple of the prints being created. 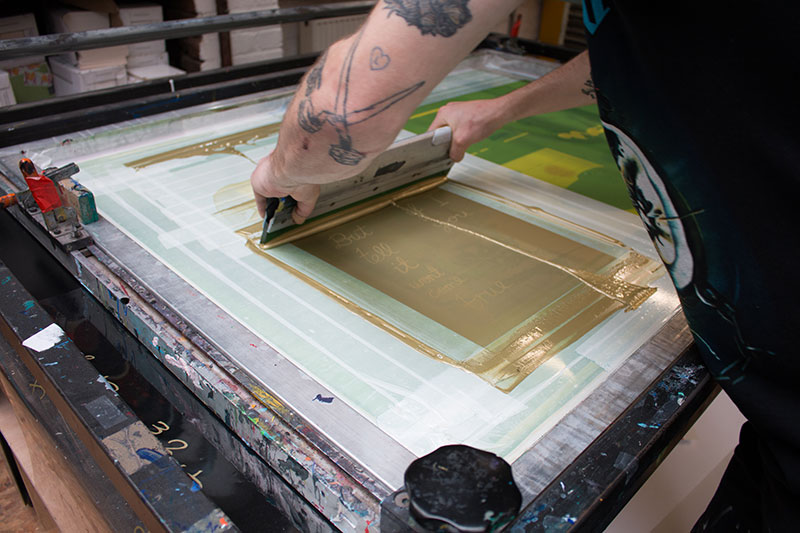 Josh, our printer, prints the final layer in gold for the text of the title print of the exhibition ‘But If I Tell You It Won’t Come True‘. 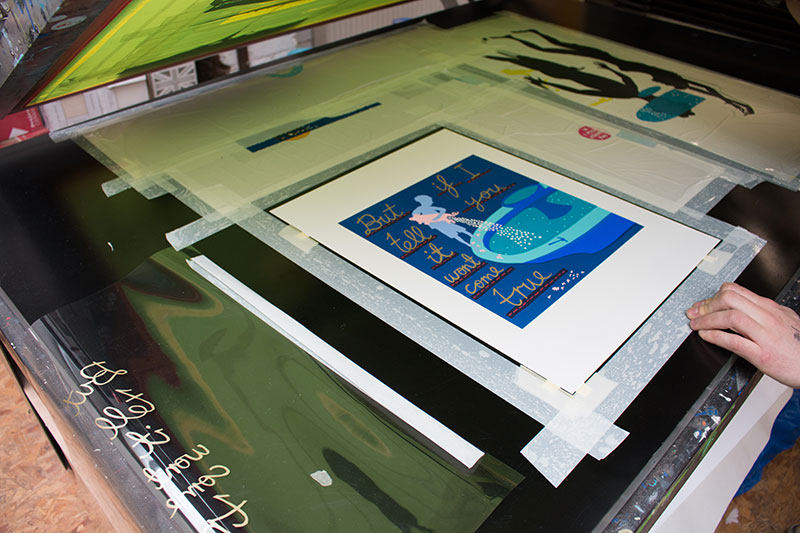 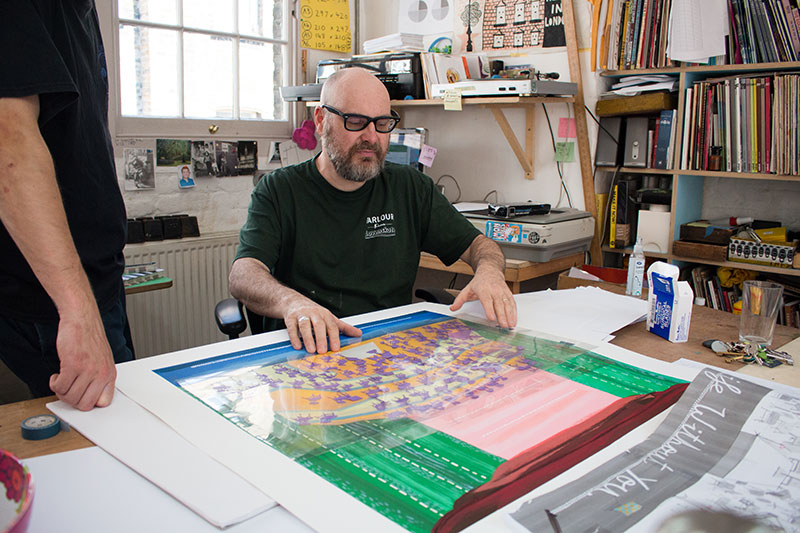 Rob works with Josh to line up the next layer of chairs to be printed on the screenprint ‘This Would Be My Life Without You‘. Many of Rob’s prints start off as papercuts, here the papercut chairs here are positioned and attached to acetate ready to be transfered onto silk screen. The papercut acts as a positive, when the screen is coated with photo-sensitive emulsion and UV light is shone onto the screen the papercut blocks out the image that Josh wants to print. Each different colour you see in the print is printed in a layer like this one. 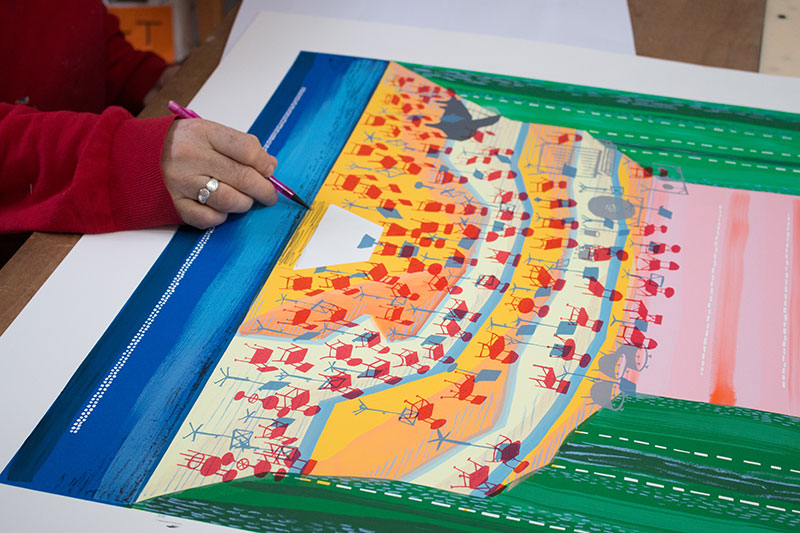 Here is the completed print and a couple more which feature in the exhibition. 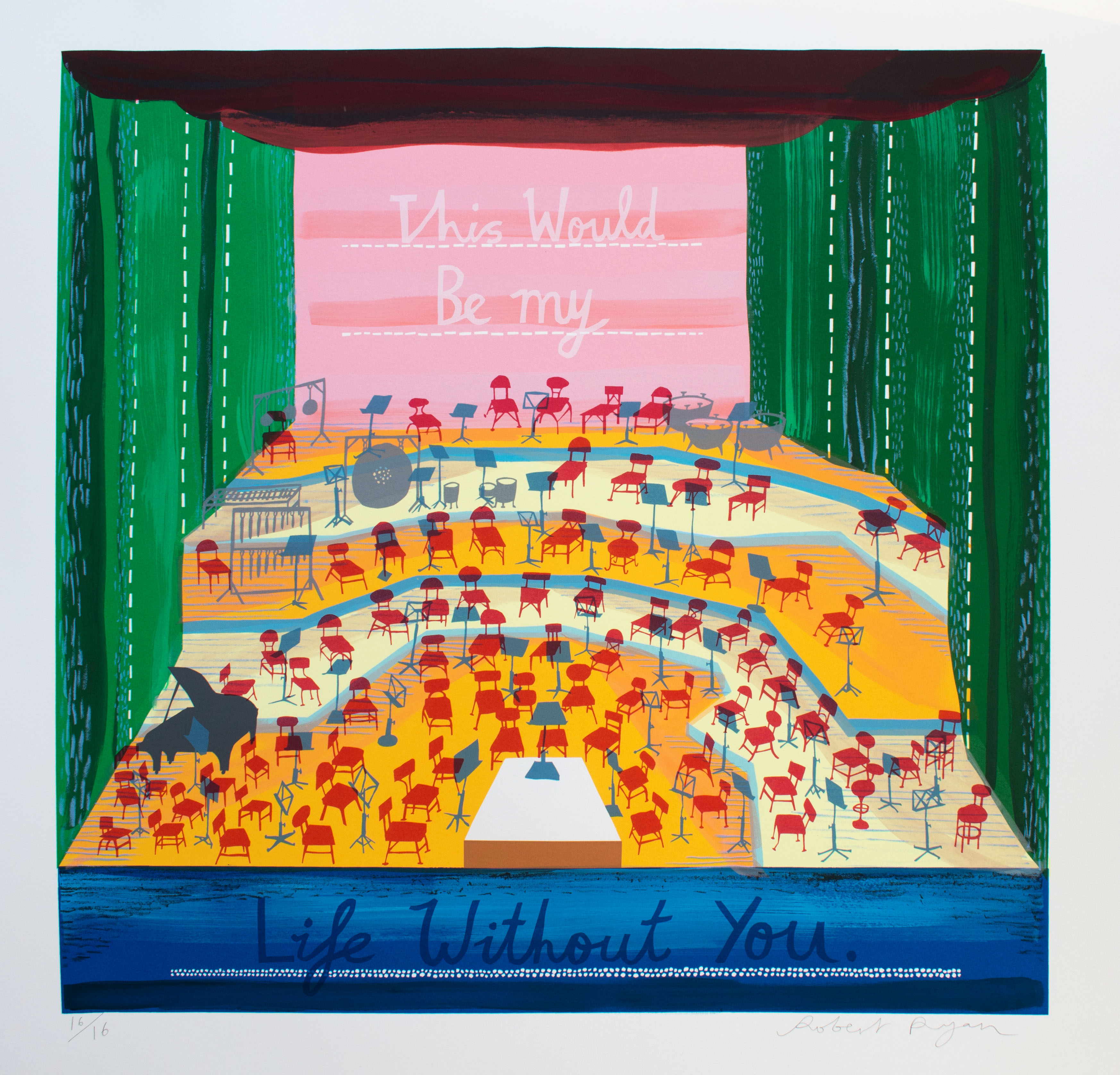 ‘This Would Be My Life Without You’ Screenprint with hand-painted detail, 2018 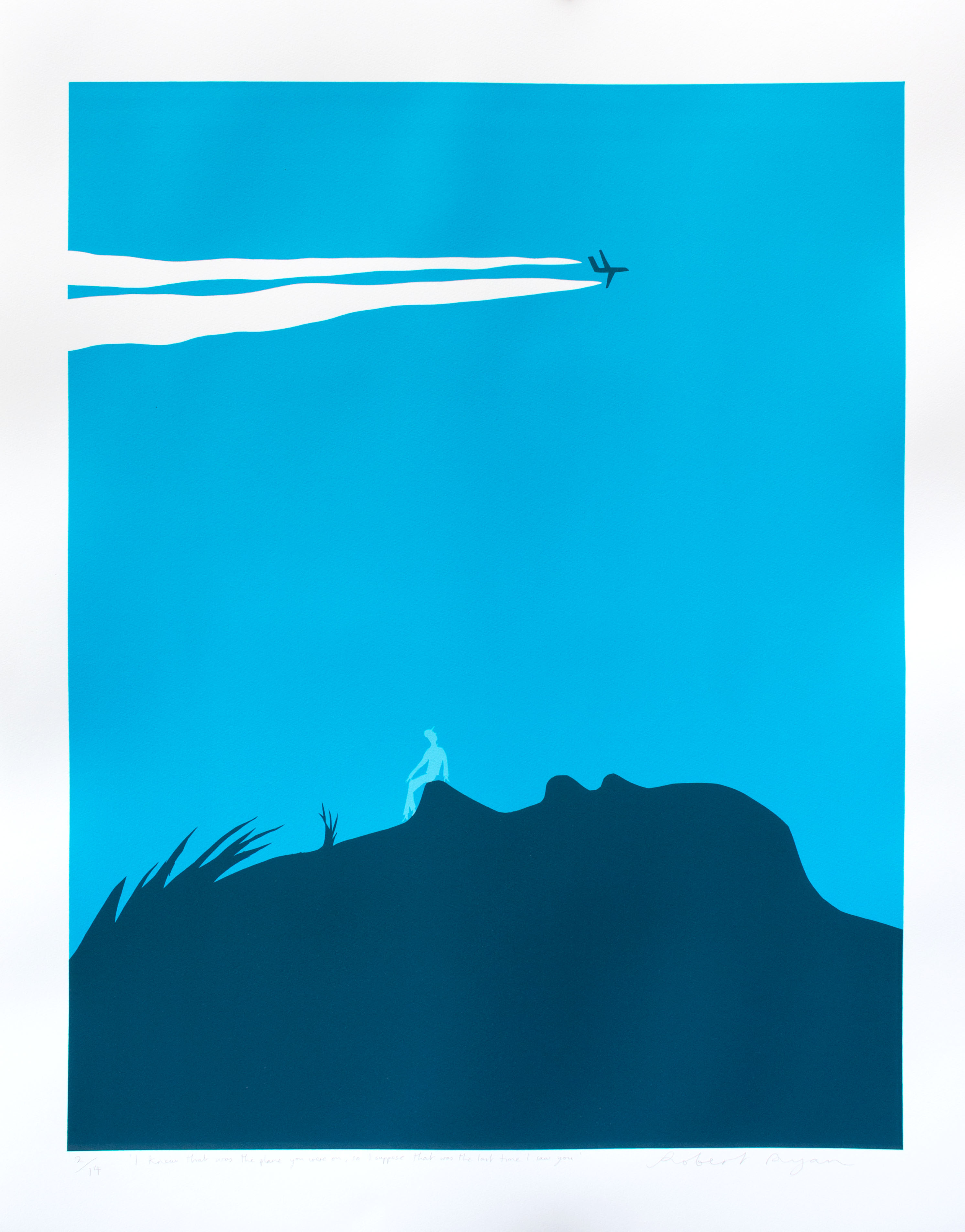 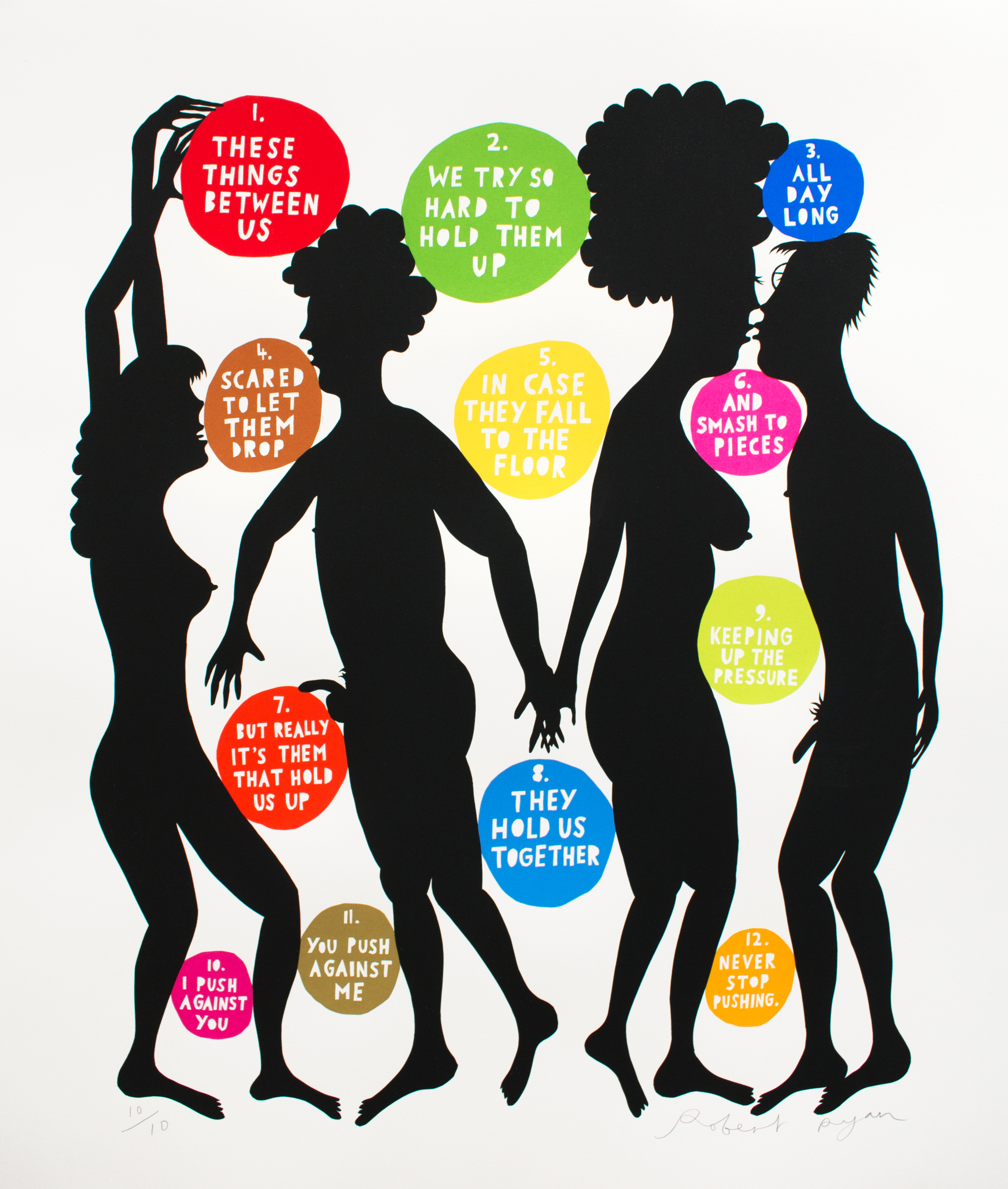 ‘These Things Between Us’ Screenprint, 2018

Rob says of his new artworks: “After a long time working almost exclusively with monochrome papercuts, last year I picked up a paintbrush for the first time in over fifteen years. At the same time I started to create much more colorful pictures in a paper collage style. Working in these two mediums I saw how they both continually informed each other and I realised how much I had missed colour in my life.  I don’t know where this change of direction will take me and to tell the truth I don’t really care as long as I continue to enjoy the journey and still believe that the work I make still says things worth saying. Isn’t that the point of life’s adventure?”

We’re pleased to show the works on the walls at the exhibition below. 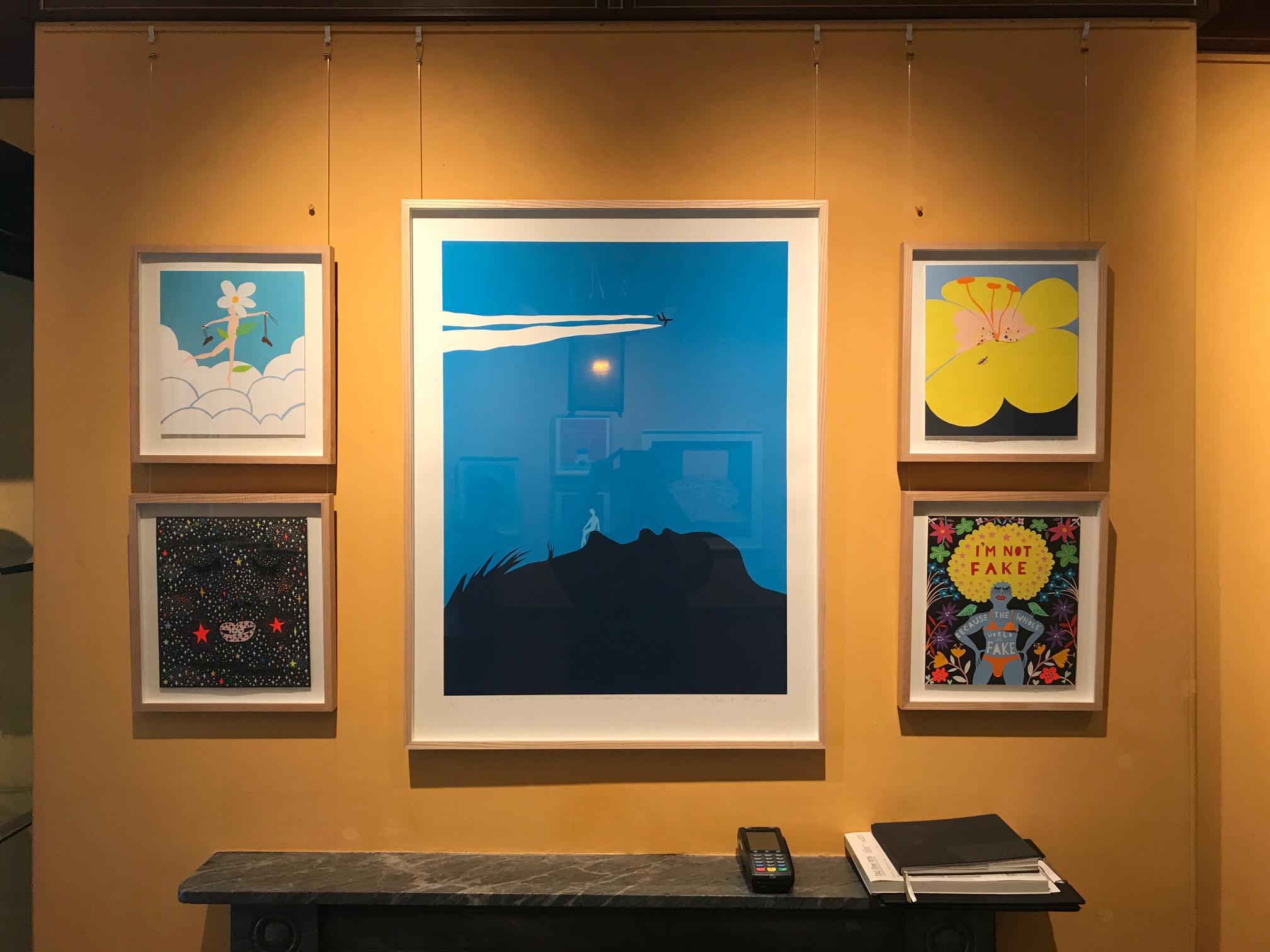 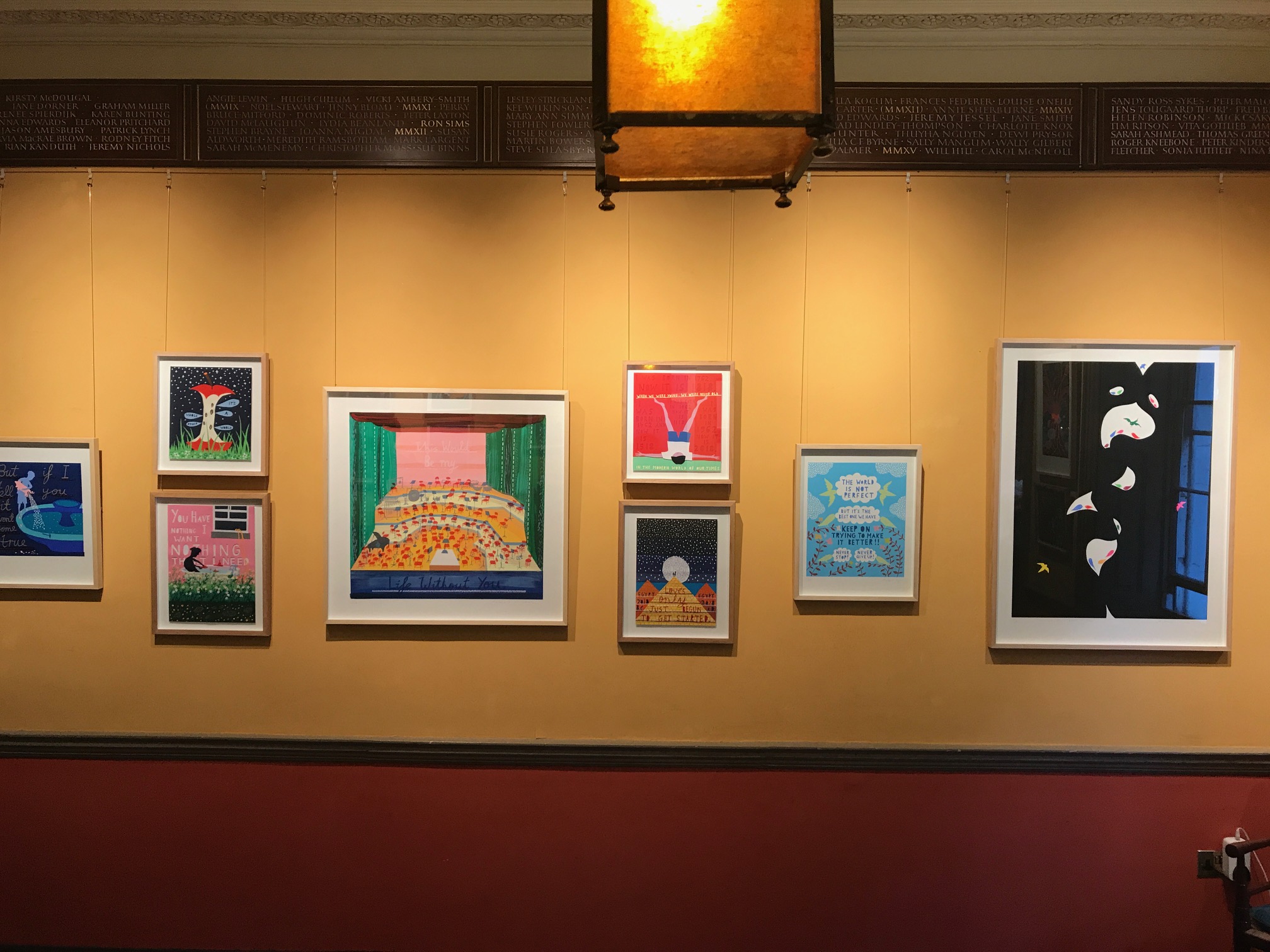 The exhibition coinsides the release of Rob’s monograph I Thought About It In My Head And I Felt It In My Heart But I Made It With My Hands, and on Saturday 23rd June Rob will be signing copies at the Art Workers’ Guild between 1 and 3pm. Tea and cake will be served alongside and books will be available to buy at the venue, hope you can join us to get yours personalised.

Processing...
Thank you! Your subscription has been confirmed. You'll hear from us soon.